The “Moss-in-Prison” project helped me bring my love for trees and forest to men and women in the deepest windowless reaches of the prison system. 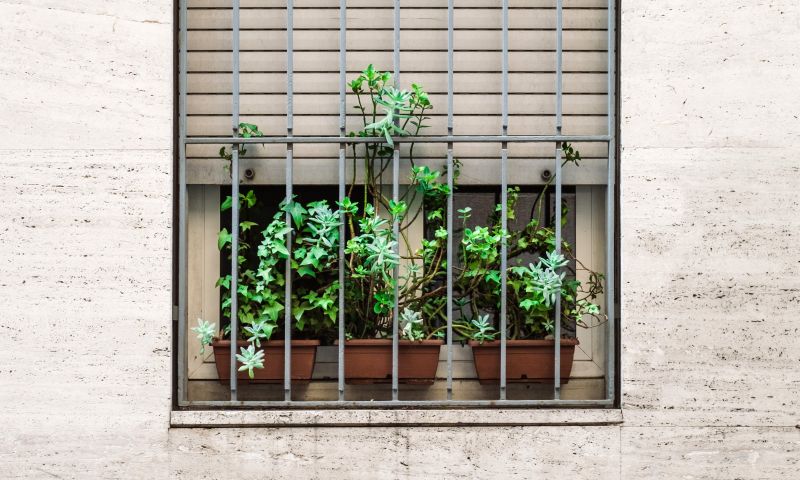 “We learned that the inmates who viewed nature videos committed twenty-six percent fewer violent infractions than those who did not view them, a convincing result for the prison officers and administrators—and for ourselves.” Photo by Samuel Zeller/Unsplash

When one is in love—especially with something as huge and beautiful and complex as trees—there is an urge to share this emotion with everyone, especially to those who have no opportunity to experience such feelings themselves. As my love of trees and canopy biota expanded, I sought to share my connections to nature with people who live in places where it is absent, just as a new bride might urge those sitting on the sideline of her wedding party to find a dancing partner. It occurred to me that the people who live in venues that epitomize the most severe endpoint of environments without nature are those who are incarcerated in prisons and jails, the spaces where nature is not.

In 2003, I started a research project that brought together plants and prisoners. I realized that it would be unrealistic to bring trees to inmates, but I could bring canopy-dwelling mosses inside the concrete walls to connect convicts with living, growing things that need their care. This “Moss-in-Prisons” project included prisoners in a combination research/conservation effort to counteract the destructive effects of collecting wild-grown moss from old-growth forests for the floral trade. Florists, who use moss for their flower arrangements and to pack bulbs for shipment, have created a growing market for mosses harvested from old-growth forests in the Pacific Northwest. Since 2005, the moss-harvesting industry reached an economic value of nearly $260 million each year.

Ecologists have raised concerns about this expansion of this “‘secondary forest product”‘ because they have documented that these moss communities fill important ecosystem roles. They take over three decades to regenerate, far longer than what would make for sustainable harvest at present removal rates from these ancient forests. No protocols exist for growing mosses commercially, or in large quantities. If I could learn how best to grow commercially usable moss, perhaps I could create a more sustainable source of moss and relieve the pressure of wild-collecting from old-growth forests. To do so, I needed help from people who have long periods of time available to observe and measure the growing mosses, access to extensive space; and, most important, fresh eyes and minds to put forward innovative solutions. These qualities, I thought, might be shared by many people in prison.

The biology of mosses also makes them suitable for novice botanists, because mosses possess “poikilohydric” foliage, which means their thin foliage wet and dry rapidly, allowing them to survive drying without damage and to resume growth quickly after rewetting. Some mosses that have lain in herbarium drawers for over one hundred years have been revived by simply applying a little water and bringing them into the light, reawakened after a century of dormancy in the dark. They therefore tend to be resilient, a characteristic that increased the probability that the prisoners would succeed in nurturing living things.

After scouting prisons in my region, I found the Cedar Creek Correctional Center in Littlerock, Washington, directed by Superintendent Dan Pacholke, open to the program. From the beginning, he facilitated all aspects of the project, forging pathways through the Department of Corrections administration. We wished to know which species grow the fastest, and the inmates learned how to distinguish the different types of mosses, built a small greenhouse with recycled lumber, and took notes with the notebooks and pencils I distributed. After eighteen months, we all shared the excitement of knowing which mosses grew fastest.

There were other rewards that I had not foreseen, small and individual, but real. One of the prisoners, Inmate Hunter, joined the horticulture program at the local community college after his release, with a career goal of opening his own plant nursery. “I don’t want to just mow lawns and trim hedges anymore,” he said firmly. “I want to grow real plants.” Another, Inmate Juarez, told me he had taken an extra mesh bag of moss from the greenhouse and placed it inside the drawer of his bedside night table. Each morning, he told me, he opened the drawer to see if the moss was still alive. “And though it’s been shut up in a dark place for so long, it’s still alive and growing this morning,” he said, grinning. And then, more quietly, “Like me.”

This “Moss-in-Prisons” project answered the scientific question I posed, which I valued from the standpoint of a researcher. However, the activities also resulted in better social interactions among the inmates, which was viewed positively by the administrators. The work also provided stimulation and a strong sense of contributing to the Earth, which proved to be of value for the inmates themselves. The superintendent requested other projects, so we brought in faculty to provide science lectures and initiate other conservation projects. These included captive rearing of the endangered Oregon Spotted Frog, the Taylor Checkerspot Butterfly, and seventeen species of rare prairie plants for ecological restoration projects around the state. The practice of inviting incarcerated men and women to actively participate in conservation has now spread across the country to many state prisons and county jails.

Although I felt strong satisfaction in sharing the love of practicing natural history with the inmates we were able to reach in the minimum- and medium-security portions of these prisons, I also felt compelled to find ways to bring nature to those in the deepest reaches of the prison system—men and women in the cellblocks of solitary confinement, where they are held in concrete windowless cells the size of a parking space for twenty-three hours a day, with one hour in a slightly larger concrete exercise room. We could not bring endangered animals and plants—or even lecturers—to these locales because of the high security protocols.

The human environment of hospitals is in many ways similar to those of prisons. The “inmates” of both prisons and hospital wards experience extreme stress and anxiety, as their activities and fate are no longer under their own control. Interior spaces are stark and sterile—for punitive and security reasons for prisoners; for health reasons for patients. Their webs of social interactions are entirely dependent on who might choose to visit them; often these individuals are islands in a frightening sea. Behavioral psychologists have documented that the view of nature outside a window or portrayed on backlit panels can reduce stress and speed recovery. In 2013, I found a maximum security prison in Oregon that was open to the idea of showing nature videos to men in their solitary confinement cellblocks to explore whether this might reduce agitation, anxiety, and the violent infractions that cause injury to inmates and officers. We installed a projector in the exercise room of one of the cellblocks and provided inmates with the opportunity to view the videos during their exercise time—one hour a day, three days a week.

After a year, our surveys and interviews of staff and inmates revealed that they felt lower stress, agitation, and irritability, and were able to carry a “sense of calmness” from seeing the nature video when they returned to their individual cells. Most significantly, we learned that the inmates who viewed nature videos committed twenty-six percent fewer violent infractions than those who did not view them, a convincing result for the prison officers and administrators—and for ourselves. Further work is now needed to learn how this “nature intervention” might work in other prisons, and to understand which elements of nature were most effective in bringing light to the darkest parts of our prison system.

I have been intimate with trees—through the curious eyes of a tree-climbing child, the number-filled notebooks of an academic scientist, the borrowed lenses from people of diverse disciplines and experiences, and most importantly, moving the shuttle of a loom that brings together the intersecting threads of nature and the multiple ways that society comes to perceive and communicate insights about our world. Practicing natural history—and the love that grows organically from that action—is a critical thread in the tapestry that makes up our world, an entity that is complex, connected, useful, strong, fragile, and beautiful.

Nalini Nadkarni is a forest ecologist who pioneered techniques for studying tree canopy communities in tropical and temperate forests, and the author of Between Earth and Sky: Our Intimate Connections to Trees, and other books. She is a professor of biology at the University of Utah.